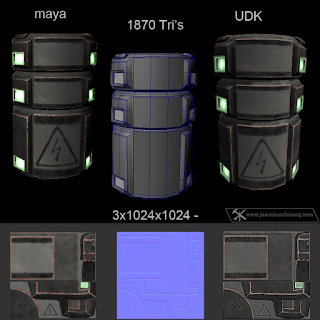 I actually had a lot of fun with this barrel, and ended up adding it to my "top secret" project which I'll show details on if I get time to work on it. It's a rather large project so I doubt I'll be able to get very far with it. One thing at a time though right?
Posted by Unknown at 17:40 No comments: