I was approached by a coworker a little over a month ago to begin the process of figuring out swapping the skin of the HTC Vive's controller during menu operations. I don't actually own one but understood the excitement he had on his face while describing other mods people are currently playing with on the Steam VR.

Work began by digging through the original files used by the Vive as well as other members files. Eventually we came upon an agreement for how to proceed and I kicked out the first test, apparently there are no dynamic lights in the menus so the model showed up as a big blob of color .. since all I had created was a base model with a base texture just to see if it would show up. At least it showed up! [note: all screen shots are from maya]

After that I painted in some basic lighting, I wasn't sure if this would help any but was surprised to find out it showed up perfectly .. but that highlighted other issues with the shape of the model. 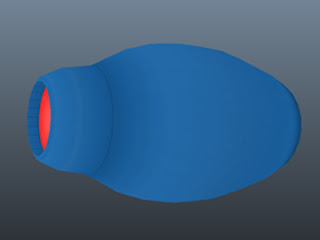 I then corrected the shape and added a few features. 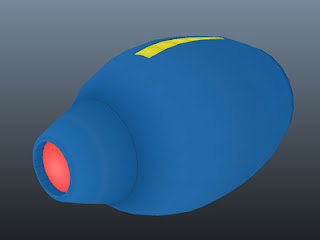 The more I dug the more I found, the vive material has a specular map .. which doesn't make sense if there's no dynamic lighting. I decided to try a specular map anyways for the next test. 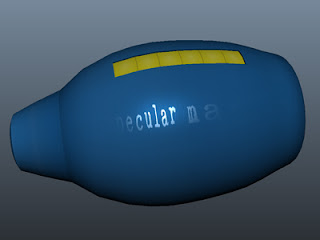 After that test we found out the specular map is indeed not used in the menu, because as we observed there is no light, which means the specular map on the vive controller model must be used for some other program and not for the menu specifically. So I uploaded the previous model without any lighting, after fixing the lines on the inside of the blaster area and pushing the lens back so it appears to be deeper inside of the gun and let my coworker with the original idea upload it from his account to Steam VR and link me as a contributor.

If you end up using it feel free to let me know how you like it!

13Jan2017 - Edit:  I just realized I never uploaded a link to the final model on Sketchfab so here it is:

Mega Buster
by jason.n.hutchins
on Sketchfab