This class is all about characters, so I spent most of my time working on projects for this class as I'm not really good at advanced game characters.

Project 1: pick a character from a game, model that character then texture it using a good ambient occlusion.
I chose Yoshi, mostly for the old school appeal I thought it might have on the teacher. ;) Rule 1 is to try to appeal to your target audience! 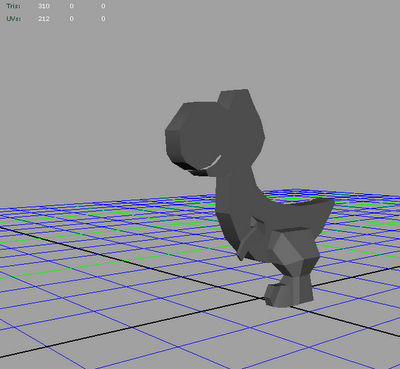 Step 2: test block out by mirroring over and checking proportions 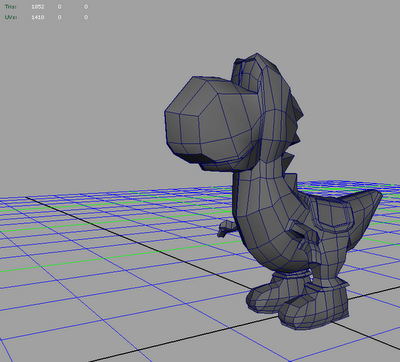 Step 3: bake AO and use base textures 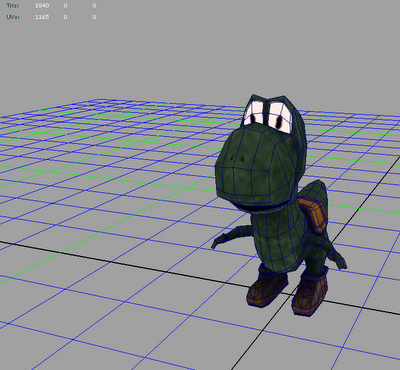 Step 4: present the model for critique. Notice I was able to stay below the 2k tri limit. 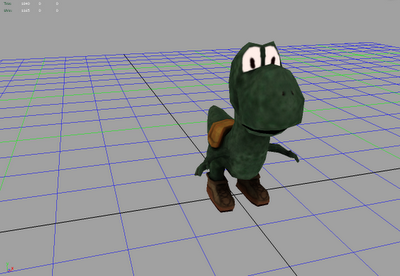 The texture we used this month was a 256x512, which was a little different from anything we've done before. So I was glad to learn this memory saving technique that might be used on lower end game systems. 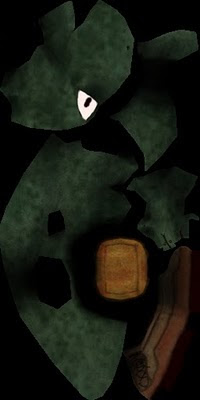 Project 2: using a set theme, design a character concept and them create that character.
The theme for this month was the Island of Dr. Moreau, and I chose to do a human that had chosen to become an ant .. and was somewhere in the middle of that process. 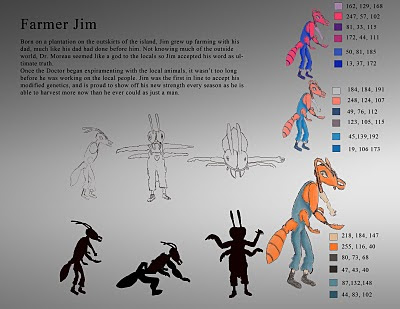 So this part of the process was very different than anything we'd done before, we had to do everything in zbrush. So to start out, we used zspheres to build a type of skeleton frame for our character. 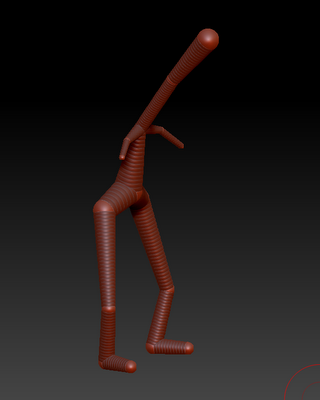 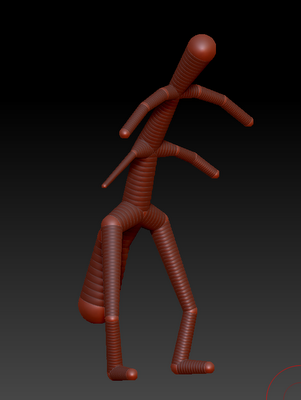 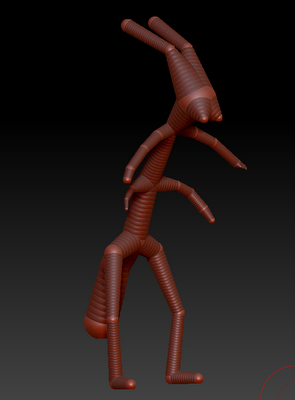 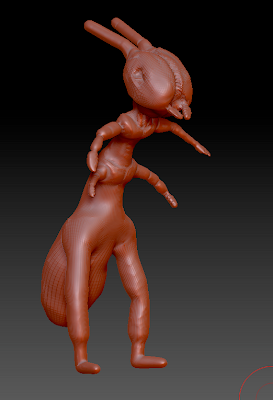 Once the frame was in place, we could begin using zsketch to sort of block out the character. 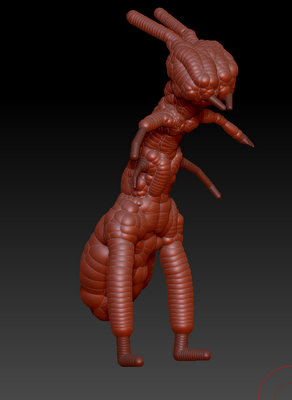 Once the block out was complete, we could turn it into an actual mesh. 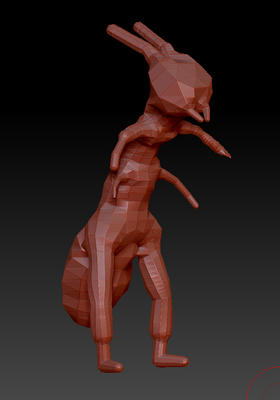 Once you have a real mesh, you can sculpt on it with some of the major shapes. 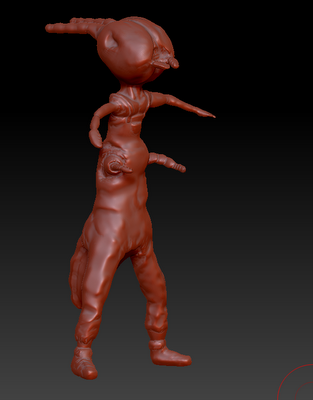 Then you turn it into a ghost ... okay maybe not, but this is when we retopologize. 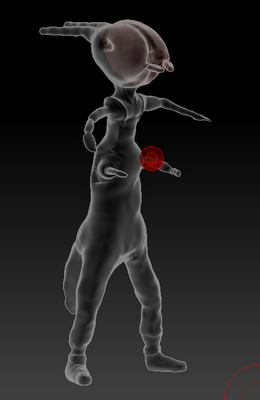 The ghost quickly turns into a jumbled and tangled mesh of poo. 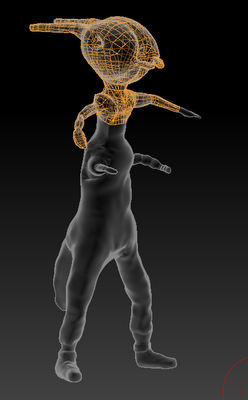 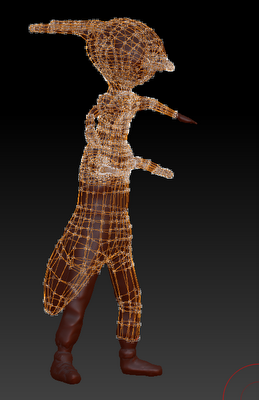 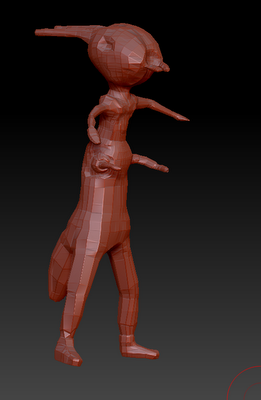 Once you have a proper mesh you can turn that mesh into a higher detailed sculpt. 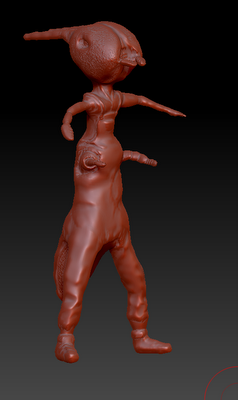 Then you sculpt the fine details ... 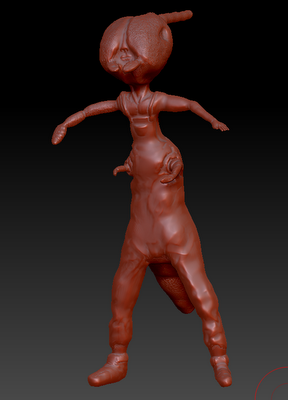 ... and export the low resolution of that retopology into maya. 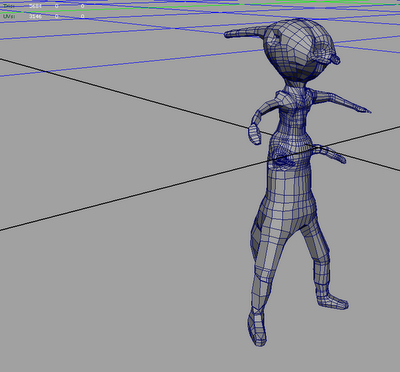 Transfer maps to get your normal map and ambient occlusion, then paint up a texture. 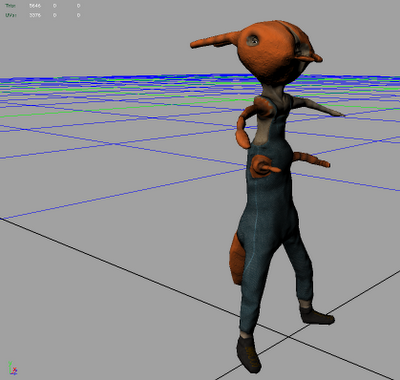 I was able to stay below the 10k tri limit. 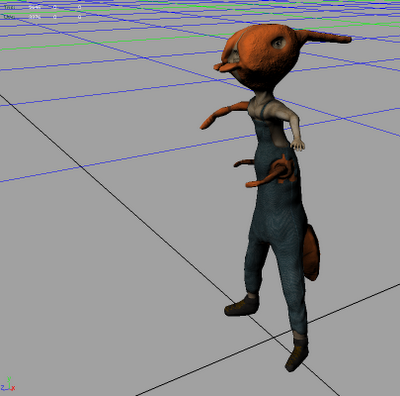 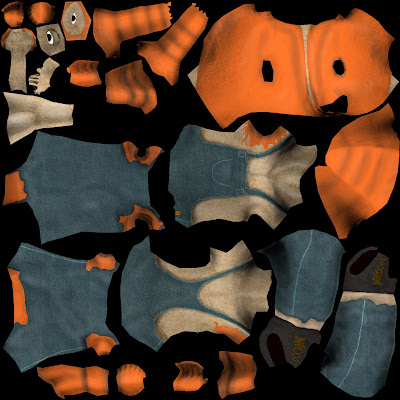 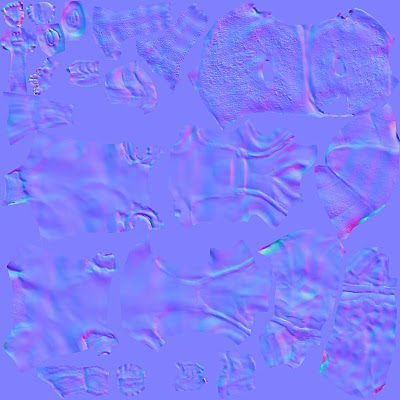 As ashamed as I am to say it, this is my specular map. I had to throw this together in the last several minutes of the last lab before turn in. :( 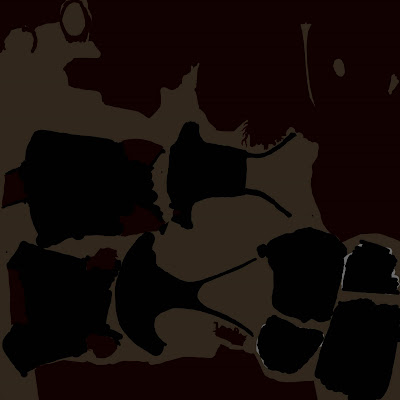 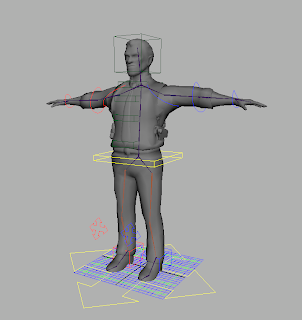