Normally for my internship I can't post what I've been working on because it would tell too much of the story, and we're just not ready to talk about that yet. This month, however, I was able to finish up this little guy and as he doesn't really have much to do with anything I was told I could post him online. So here he is: the vampire piggy ... bank! 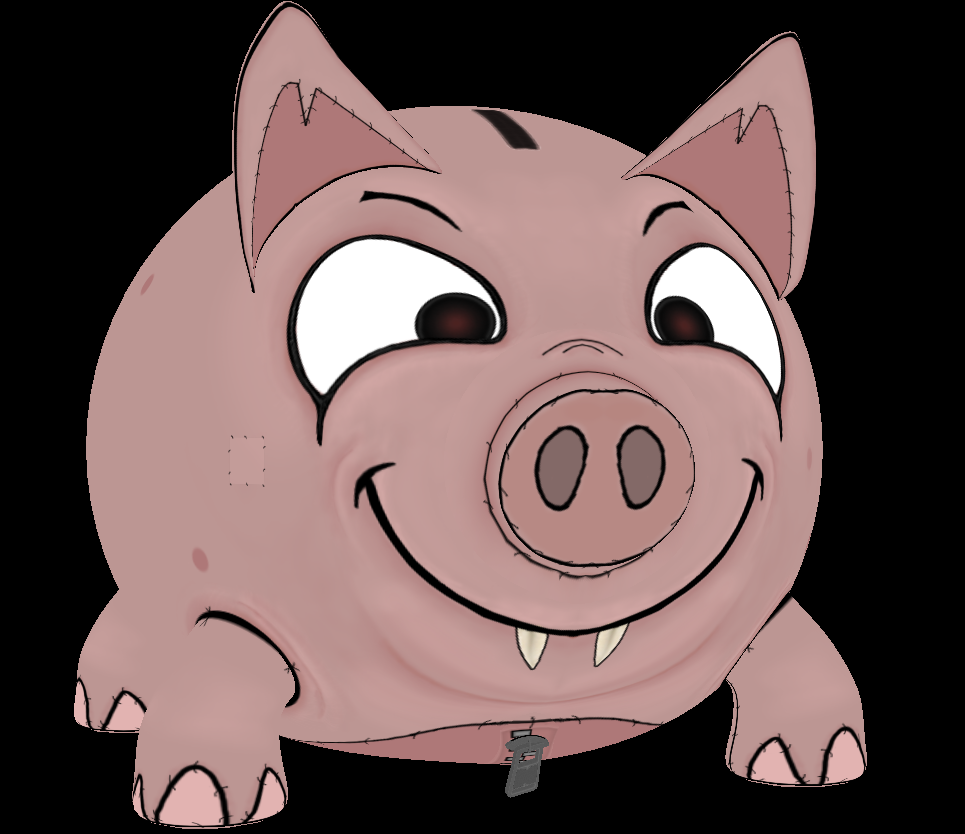 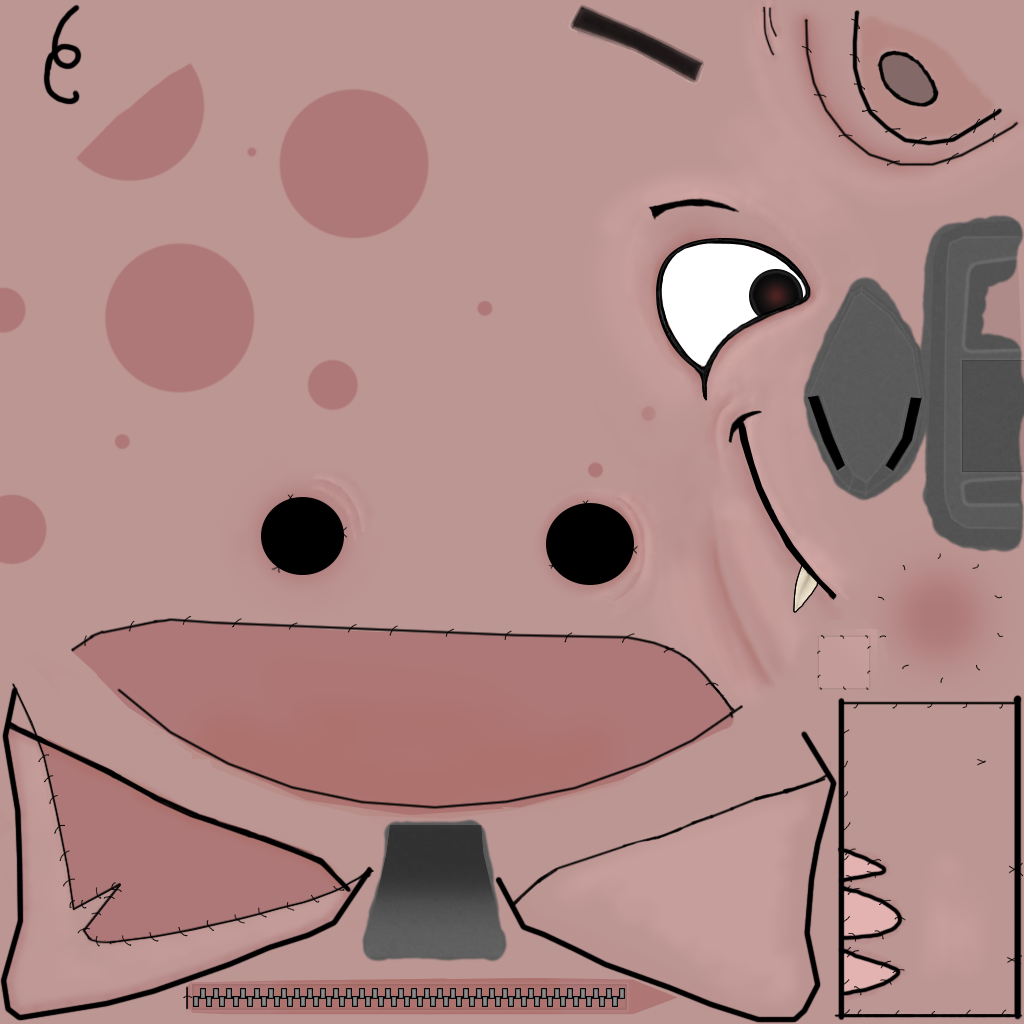 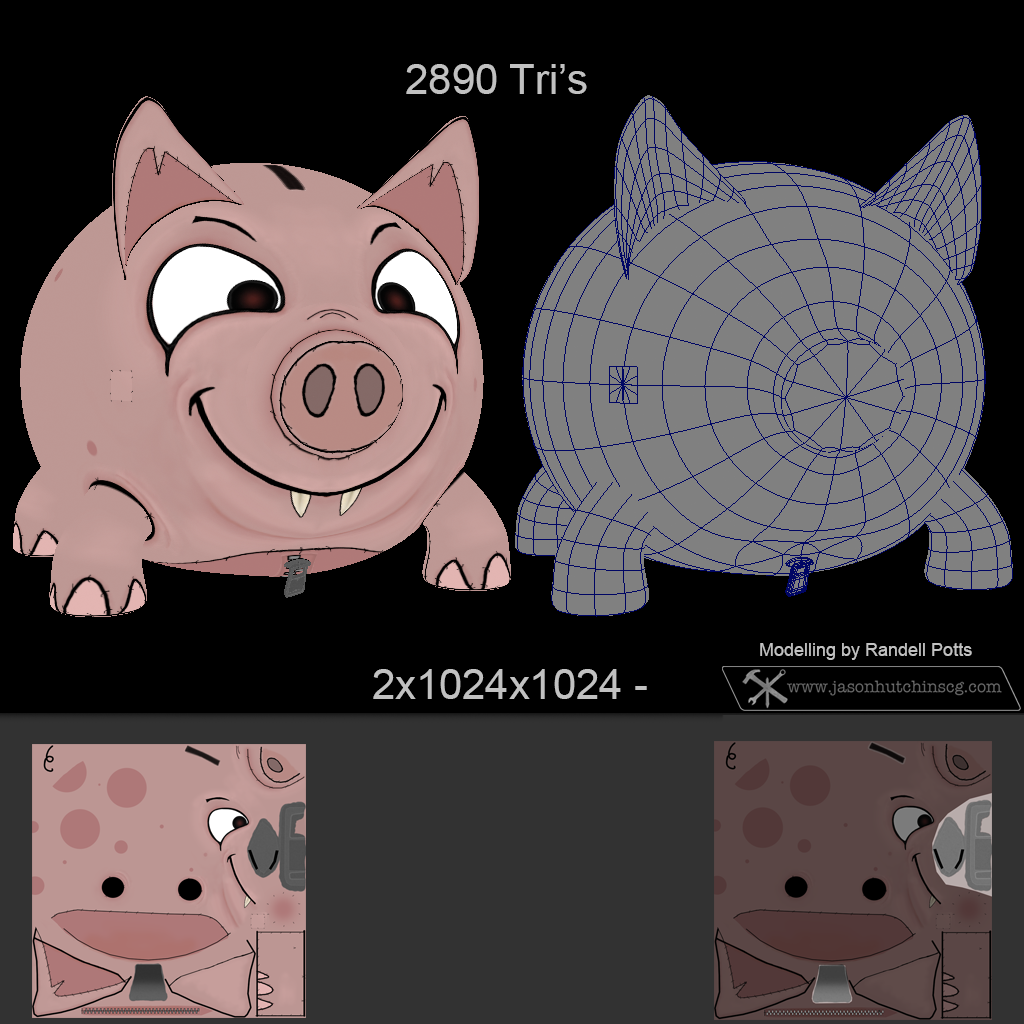 He was a bit of a team effort: one of the other artists modeled the base mesh, I took it and ran with it from there. I modified the shape of the mesh, created the legs, changed out the ears, uv'ed and then textured him, I also received a lot of critiques for cuteness/theme from the other artists on the team.

I've only posted his diffuse texture, but he also has a slight specular map. As it's animation the rest will be handled in render. I just figured he was too cute to keep quiet and is a big change from a lot of the other stuff I've been posting.

I was originally going for a cutesy plush pig that might feel like he might actually try to suck your blood at any moment, but the rest of the team felt like it looked like a ceramic pig that was painted to look like a plush pig. Either one is fine, it's just interesting to see how different your work is interpreted at times. :)