Four months after graduation from Full Sail University and 165 applications across the U.S. later, and I'm still unemployed. To keep my mind from closing in on itself I took the advice of a friend and entered the "World of Level Design '10-Year-Old Brother Game Environment Challenge'". Here were the rules/timeline:

I ended up starting 2 days late, but hit the ground running as Full Sail had demanded of me. Here is a weekly update of my daily WIP thread on their forums including a theme page based on ideas they had gotten from the "10 year old brother".
My References: 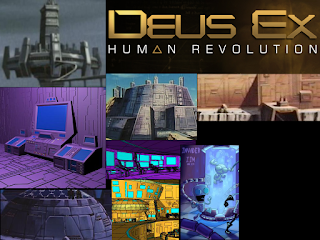 I started in maya modeling and designing how it would all fit together, I wanted to keep going but I understood I had already modeled out a lot of texture/uv time. So I stopped here and moved on. 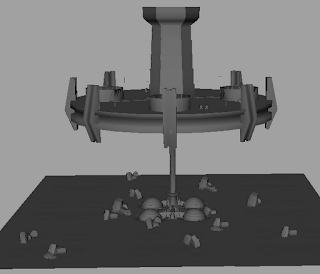 Week 2:
I uv'ed and started texturing, reusing textures where possible and constantly changing the uv's to match the reused textures. 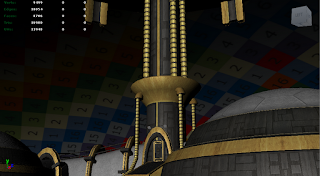 Week 3:
Moving to the top I still felt that most of this area was a little bare as far as modeling was concerned, but couldn't go back to modeling until everything else was completed. I never found time for that though.

Week 4:
The final week, and I began experimenting with the new UDK landscape system, and that's when a bug hit my files. Two days before final turn-in my landscape disappeared, never to return. No matter how many times I rebuilt the landscape it would disappear as soon as I started messing with lights. So I had to rebuild the file all over again, this time using the older terrain system but taking advantage of the new foliage system for placement of the rocks. The final problem I ran into is that my computer was unable to use lightmass, I guess the new udk's are just too heavy for my mbp .. so I spent a lot of time trying to fake the look lightmass gave my earlier works. These are the shots I submitted and the video I was able to throw together .. apparently Epic changed the way rendering videos from UDK works, and I lost a lot of time trying to find how to do that again. If not for a friend on Facebook I'd of never figured it out that night. 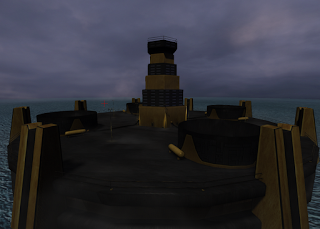 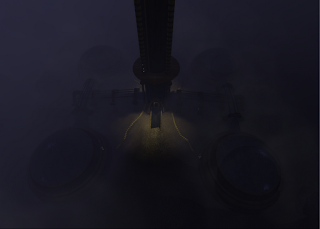 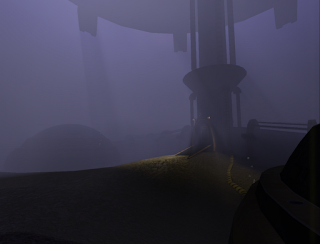 We were required to leave a story for the environment piece, so here is what I came up with:

Story:
The year is 2010 and through much protest from the world leaders, the UN had decided a human extinction scenario should be set into motion in case any of the old civilizations' histories/prophecies were accurately translated for the end of this earth era in 2012. Whatever the plan was, it had to save people from giant asteroids plummeting into the earth, planetary alignment/magnetic polar flip, huge solar flare storms attacking the earth while we're at the earth's currently low state of atmospheric protection [there's a lot of holes in our atmosphere atm], or the return of the Anunnaki[alien visitors] to rule as gods over the species they may or may not have created in their image .. or all of the above. Billions were spent on research and development for a flexible technology that would protect at least a handful of humans from all of the scenarios presented to the UN, and finally they came upon a plan designed during the cold war era that had been started but never finished. They decided to build a series of underwater/underground bases in which to house the most important things and the most genetically healthy people from across the world. And so the Regenesis-2 was born as one of these installations across the world; much like the international space station, every country that wanted to save it's people had a part to play in these life saving arks.
It took two years before the Regenesis-2 was fully constructed from it's already half built frame in the middle of the Pacific Ocean, and with only a month left before December 2012 mobilization had already begun while the construction workers were finishing off the last of the protective measures in the building. Supplies, however, were delayed, as some of the other installations which had been finished slightly earlier had needed to be stocked first. A human ark at the bottom of the ocean stretching down into the earth's crust filled with personnel and no food, what could go wrong?
The supplies never came. Contact with the outside world stopped shortly after the last survivor arrived, as a result of the overactive solar flares from the sun, so nobody knew the north pole had turned into the south pole and vice-versa. Nobody knew this had caused hyperactivity in volcanoes all over the globe, and that the sky was covered in ash. Nobody knew about the Apophis Asteroid hurtling towards the earth at 10,000 miles per hour with a projected impact somewhere around the middle of the Pacific Ocean, or that the gasses emitted by the giant rock after its impact would turn any human survivors into zombie-like creatures. For now all you know is that life sucks at the bottom of the ocean with no food supplies from the surface, and the microbial food generators wouldn't create enough food for everyone to have a full meal for another month.
Posted by Unknown at 16:07