This month came and went fast, but I managed to find time to really look at some textures as well as add some variety textures for blend mapping in the environment once it makes it to the game engine .. though as I don't have the game engine I don't really know how all of this will look until the group I'm with can get me started in the engine.

First though, let me show you what I did while waiting for critiques. This is a "little" side project I have been working on in my free time. I made one of the vehicles already as posted a few months ago, so this is vehicle two. Don't have official names or anything yet, but I like the look of it. 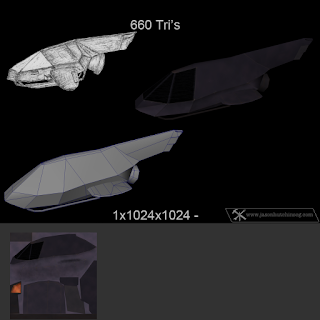 Here's a quick sample of the new grass and a little area of fallen rocks/blood water for the HFIL environment. 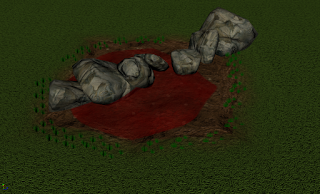 I wasn't happy with the grass, so I looked around and found a new technique .. let's render some grass cards! I simply made some blades of grass as shown below. 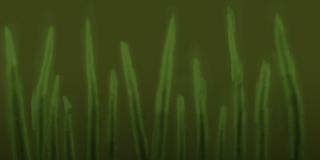 Then I duplicated the cards out across a plane and rendered it at high quality and even lighting, took that to photoshop to make it repeatable and ended up with this: 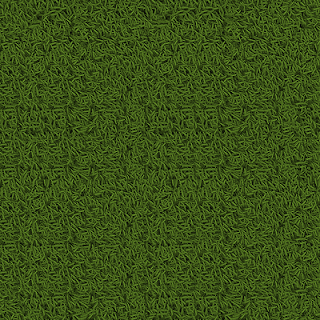 Once I had the cards in place, I could replace the grass blades texture and simply re-render and get an entirely different section of grass. 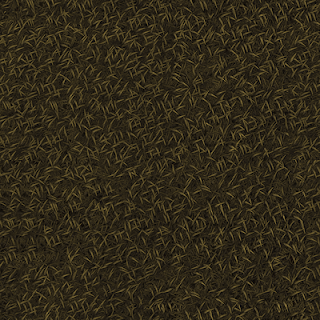 Then I wanted to break up the dirt texture with some pebble .. rock .. things, so I found a photo of some nice pebbles and made it repeatable. Then I selected by color all the pebbles and masked them out, keeping the dirt stuff in between them. Then I made my own painted rocky pebble texture and that's what you see here: 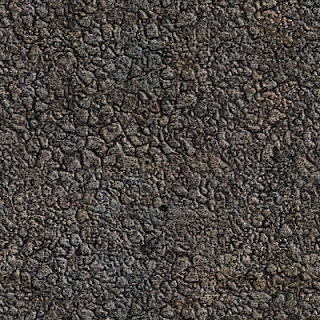 Moving along with rocks, I wanted to try my hand at another rock texture for the large cliff surface. I'm not happy with how different the colors turned out from the other rock texture, but I think the rough heavy grooves will go good with the other texture. 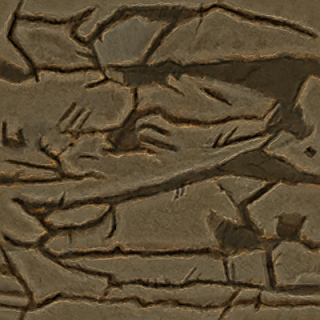 Still working with rocks, but now back to the grassy areas, I wanted to add some rocks kind of poking out of the grass. So I found a nice photo of some rocks doing exactly that, and used their shapes and then filled it in with my own rocks. The flat color you see is just to help get rid of the white line in the transparency. 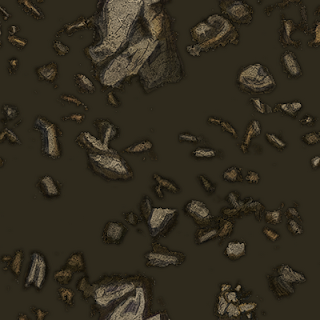 In other news, my one year anniversary for graduating from Full Sail University was the 1st of July ... it's been a year and 311 applications and still I can't get anyone to pay any attention to me long enough to hire me. The pay off never came, and now I'm stuck footing the bill on a paycheck that isn't adequate to pay it. Fun times ....
Stay tuned and I'll consider not giving up completely.
Posted by Unknown at 09:55